3 Fun Facts About Hoodies You Didn’t Know Before! 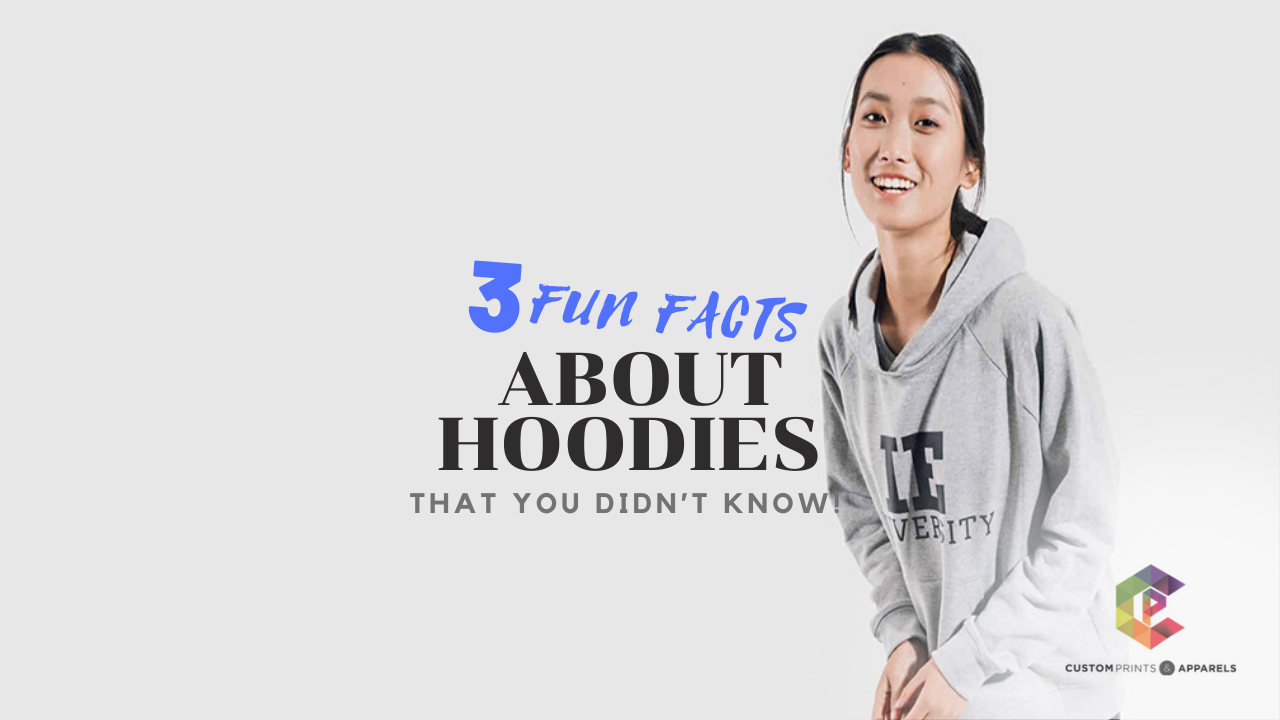 Hoodie fun fact time! What better piece of garment other than the most fun piece to dish out some fun facts about? Being a popular piece of clothing, the hoodie permeates all sorts of boundaries of nationality, culture, and age. Almost everyone now has at least one hoodie in their apparel inventory. Now, on to those little nuggets of fun facts as promised.

Popularised by hip-hop culture in the US, the hoodie is now both a functional yet stylish piece of clothing to keep warm, but also an attestation of the global popularity and prevalence of hip-hop culture. However, before that, the hooded sweatshirt (what it used to be called) was produced mainly to protect US warehouse workers from the unforgiving cold of the New York winters. Bear in mind this was in the 1930s.

Going further back, mention of hooded warmth-providing clothing has been around for centuries, such as in the tale of Robin Hood (it’s literally in the name). Certain theories even suggest that hoodies dated back to over 3000 years ago – before democracy was even a thing. As there are not many existing records on the subject, it is currently impossible to pinpoint the OG hoodies of the world, but perhaps one day we will find out.

#2 There is a literal diamond-studded hoodie

Yes, you read that right. Someone out there decided that their diamonds should hang out on a hoodie. You may also know this “someone”, who goes by the name of Sean Diddy.

The American rap star is known for his obsession for the bling of the diamond, having once said “They can be very minimalistic and sophisticated” regarding the world’s hardest gemstone.

Being a member of the hip-hop elite, it is only fitting that he has a custom hoodie of similar calibre. Back in 2014, Victoria and Albert Museum in London purchased the bejewelled threads and there it has been ever since. One can only wonder if it feels as good as it looks.

Perhaps not many types of mainstream clothing divide opinion in the manner hoodies do. This comes as no surprise, mainly due to the association of hoodies with negative behaviour, rebellion, and criminal activity.

What makes this a fun fact, however, are the lengths that people go to when arguing about the hoodie. In New Zealand, these little disputes took a hilarious turn, which was also admittedly taken too far. In 2008, some New Zealand politicians, inspired by a  youth movement challenging the stereotypes associated with the hoodie, donned the outfit on the steps of the parliament building.

The movement was largely supported by the people, except of course, a certain member of the government council, who went the other way and wore an actual KU KLUX KLAN HOOD, while claiming the hoodie is nothing to be celebrated (I’ve tried figuring this one out, and I have given up).

These facts may be fun, but getting one for yourself is even more fun! If your organization or company wants in on the hoodie craze, do head to Custom Prints & Apparels to learn more about the best custom hoodie Singapore has to offer!