3 Things You Should Know About Denim 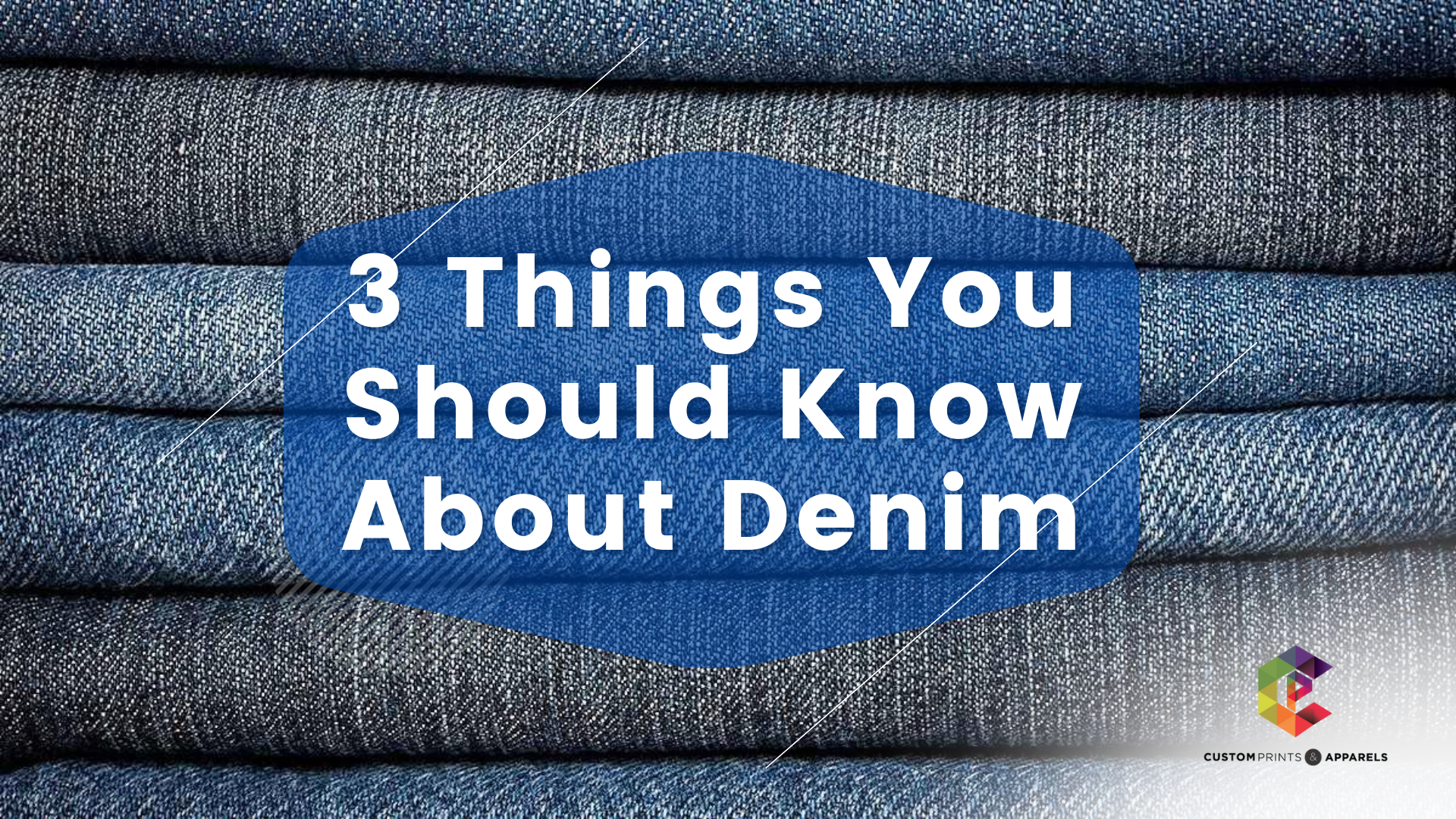 When you mention denim, everyone would know exactly what you’re talking about; after all, it is one of the most popular and versatile fabrics on the market today. But do you truly know everything there is to know about them? Probably not! So we’ve put together a list of the 3 things you absolutely should know about everyone’s favourite fabric – denim.

Denim is derived from the French phrase “serge de Nimes,” which means “sturdy fabric made in the southern French city of Nimes.” It was there that the fabric was discovered by the founder of the famed American clothing company – Levi Strauss & Co.

Denim, or more specifically denim jeans, owe their popularity to Levi Strauss and Jacob Davis, who, in 1853, reinvented, patented, mass-produced, and marketed them as something exclusively for working men due to their high durability.

Denim was then popularised further in the 1930s when Hollywood began making Western genre films in which the leading actors wore denim jeans. Denim has come a long way since then, evolving into a mainstream fashion must-have, with everyone today owning at least a pair or two!

Fun Fact 1: According to Inside Edition, the world’s oldest pair of denim jeans is worth a whopping $80,000!

With Levi’s being so popular, it’s easy for one to mistake denim for only one type. In actuality, however, there are several types of denim fabric available today, which are used not only in the fashion industry but also in other industries.

Raw denim is a type of denim that has not been washed or treated to create a rougher and stiffer texture. Raw denim can only be used or worn for up to a year.

Stretch denim is denim that has been infused with stretchy synthetic fibres, such as Spandex. As a result, they are typically the go-to fabric for slim-fit apparel.

Selvedge denim, a derivation of the term “self-edge,” refers to denim with fringed edges or edges finished with a band that makes it harder to unravel than other types of denim.

Poly denim is an umbrella term for denim made from a blend of other fabrics, such as cotton, polyester, and other synthetic fibres, which gives the denim extra characteristics that set it apart from other types of denim.

Coloured denim is another type of denim, though it isn’t as popular or well-known as blue denim. Coloured denim like black, pink, orange, and green are all made using the same sulphur dyeing process as blue denim, with the only difference being the colour of dye used.

Acid-washed denim, also known as marble denim, is a type of denim fabric that has been washed in a strong acid, like bleach, to give it a mottled appearance that is immensely popular among the younger generation.

Fun Fact 2: Acid-washed denim jeans were said to have been accidentally invented by California surfers in the 1960s.

3. Other Items on Denim

According to Cosmopolitan, there is no reason to ever wear denim with or on top of another clothing item because denim, as a standalone, can just as easily take one’s breath away. But if there’s one thing we know, it’s that there are no rules when it comes to denim pairing!

Most people, including us, love pairing denim jeans with tees – a classic look! However, with the evolution of the fashion industry over the years, today, there are plenty of other fashion items and accessories that go great with denim.

Fun Fact 3: According to Esquire, the most popular denim brands in the world right now are Levi’s, Carhartt, Uniqlo, The Gap, Everlane, and Ralph Lauren.

There you have it – the 3 things you needed to know about denim. Now get on with your shopping and style your favourite denim however you want, but as we mentioned earlier, nothing beats pairing a nice pair of denim jeans with some rad customized shirts! And when it comes to custom shirt Singapore, no one does it better than us!

At Custom Prints & Apparels, we provide unrivalled custom shirt Singapore services for a wide range of apparel, some of which you can check out right here!

Alternatively, if you’d like to get started right away, just give us a call at +65 6362 2440 or send us an enquiry, and we’ll get back to you within the same business day! Click here to learn more about our custom t shirt printing Singapore products and services.

What are the Best Custom Gifts For Corporate Employees?