Caring for Your Bath Towels: Dos and Don’ts 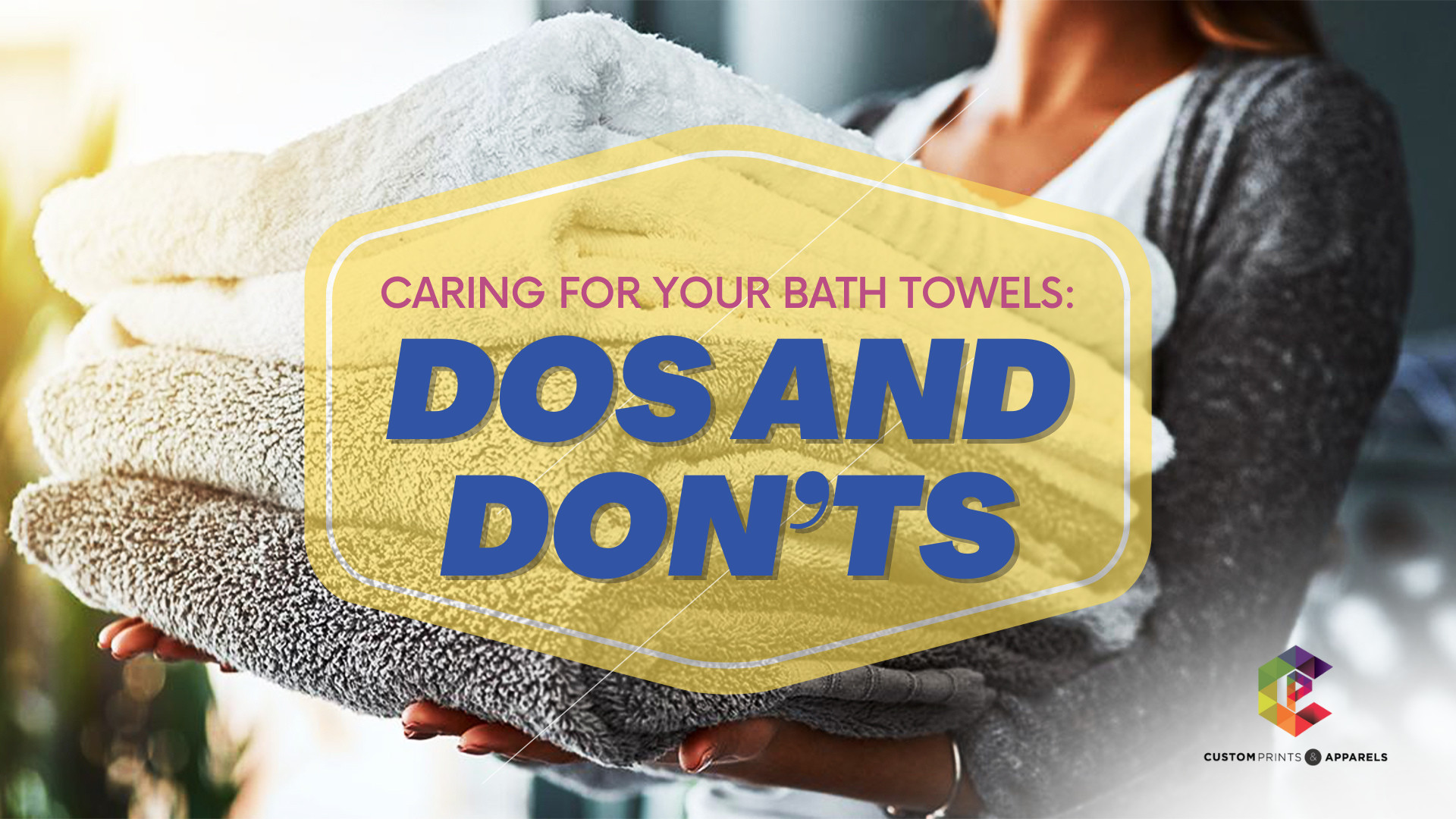 “Aiyaaaa!! Why is this towel so smelly?? Time to throw away la.” Tell us, has that happened to you before? Well, not those exact words, which would be a brilliant coincidence, but the general idea of having a smelly towel.

Damp and moist, perfect conditions for bacteria to proliferate and multiply. Even if you hang it up to dry, that same towel can start to smell after some time.

If you are wondering why, allow us to tell you. The first thing that works against your towel is the fact that it is a towel. Now, this may sound like us being Captain Obvious, but what we mean by it is that towels are generally a bunch of fibers woven tightly together and it has to be absorbent in order to properly function as a towel. In all that absorbency, dead skin cells and water get absorbed by the towel so that you get dry. This then becomes its own undoing as those tightly woven fibers may trap water in it which leads to the overall dampness and moisture-filled towel being the perfect breeding ground for bacteria that feast on those dead skin cells and, in return, they give you the gift of smell.

Did you know that it is also possible for towels to smell even when not being used? Yes, this is possible by the very virtue of its tightly woven fibers which, as we’ve mentioned, traps moisture. Even a little bit of moisture at the time of it being kept away may result in mildew and thus a bad smell.

So, how do we avoid this unpleasantness?

First off, any amount of moisture in your towels, as mentioned, gives rise to that horrid stench that makes using that very towel unbearable. Keeping your towels dry in between uses would be the most obvious starting point as those microbes won’t have a cosy, damp environment to survive and thrive.

Next, try washing it after three or four normal uses so that the accumulation of dead skin cells doesn’t build up too much as those cells serve as the food source for microorganisms and bacteria which leads to them procreating and proliferating expansively. This, again, leads to the smell.

To soften or not to soften

Instead of using fabric softener, try adding vinegar to the rinse cycle which is supposed to negate the slimy feel that fabric softener gives to the towel and, oddly enough, makes the towel absorbent and fluffy once more as the vinegar should dissolve chemical buildup caused by hard water. Conversely, using softeners on your towels often has the opposite effect on your towels in that it makes them less absorbent and the water just beads right against the fabric.

Things are heating up

Finally, we recommend heat to kill germs. We qualify this by saying if you’ve got a white towel, feel free to drown it in hot water while, on the other hand, for coloured towels, you might want to turn the heat down a little lest you end up with another white towel on your hands.

Say that you’ve thrown out the old towels and are getting new ones, be sure to give it a wash prior to its first use as this will get rid of excess dyes or chemicals. The idea behind this varies from health and safety to effectiveness. Say that you use it right away after getting back from the shops and the water from your skin might cause the chemicals and dyes to run off the towel and onto your skin. Now, we’re no chemists, but, surely, we should always reduce our skin’s contact with chemicals.

Speaking of chemicals, you may want to wash it with baking soda every once in a while as this will help get rid of musty smells. Baking soda reacts with water to produce heat and carbonic acid which ultimately creates carbon dioxide. This heat will help make things uncomfortable for the bacteria and the carbon dioxide makes it unsuitable as an environment due to the lack of oxygen.

In the end, all preventive measures in the world may only help prolong the life of your towel, but alas, all good things must come to an end. That’s when we end up replacing the thing…or stealing your friend’s towels. Whichever route you take, it is best to replace a towel after two years or so of regular wear and tear.

Here’s an added bonus for you. Caring for your towels isn’t just limited to the physical care of them, there’s also the aesthetic or visual care of them too.

Speaking of towels, did you know that we at Custom Print offer towels customisation and printing service? Custom printed towels are great options as corporate and event gifts, promotional freebies and more! Our custom towel printing services come with free professional consultation, free design review, and more perks!
For more information, drop us an e-mail or ring us up at +65 6362 2440 and we’ll walk you through your custom printing needs whether it be custom printed towels, t-shirts, towels, jackets, and more. Show us your design or pick one of ours and you’ll be wearing it before you can sneeze! Learn more about our service on towel printing in Singapore now!

Custom Prints & Apparels
Being in the business of putting rad designs on clothing articles is what we’re mostly known for, but we also like to relax by journaling our profound thoughts to pen and paper. When we’re not busy putting ink on your clothes with your awesome designs, we’re putting ink on our blog articles about all things custom printed!

Most Attractive Colour Combination For A Jersey

What Are The Characteristics of Cotton Fabrics?

How to Choose Best Colour Combinations for Jerseys?

Why Choose Cotton Fabric for Your Custom T-Shirts?

Customised T-Shirt Printing Methods: Which One to Choose?
Go to Top