The History of Shirt Printing 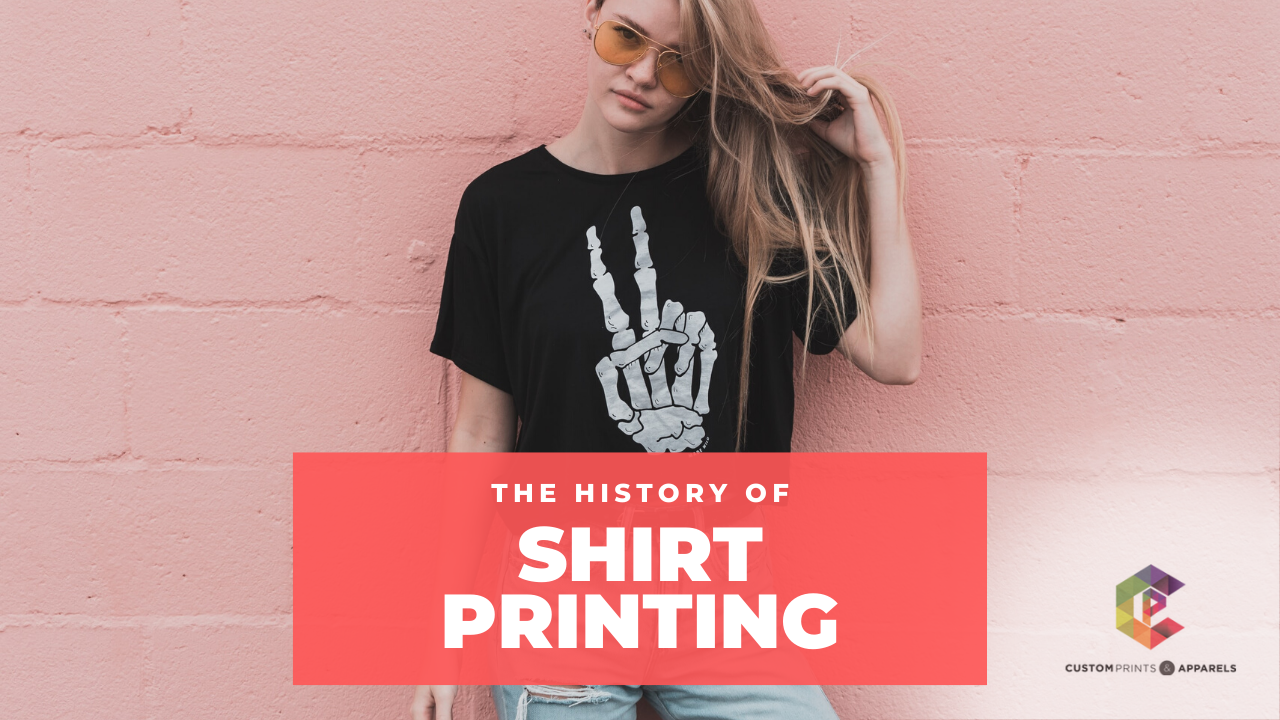 Printing on shirts must be a quite recent form of technology advancement…right? Apparently, this seems to not be the case at all – unless you consider the Song Dynasty of ancient China which lasted from 906 AD until 1279 AD recent. The shirt printing process was a form of stencilling, used silkscreens, and was called screening. Hence the term: silk screening.

From there, shirt printing began to spread to nearby countries such as Japan, and even further abroad to Europe. However, printing their clothes would not be popular in Europe until many years later, despite the Europeans having knowledge about it by the late 1700s. A reason for this was that dyes used in Europe, France and England in particular, could not endure being washed. Such was the case until the French learned of washable dyes from India.

Progress and change remained at a slow pace in the world of garment printing for a long time. This was until the first Industrial Revolution began in Britain. Costs were slashed by a lot, timelines made shorter, and mass production of garments became practical and commonplace as a result of the Industrial Revolution.

Moving on with the Industrial Revolution, printed garments, while not customised, were gaining popularity among the workers of the era. Late in the 1800s, the traditional one-piece work suit split into two separate pieces, becoming the shirt on the top half, and pants on the lower half. This new outfit was quickly adopted by miners, as it was practical in their very hot working environments.

In the US, the t-shirt became popular due to…the Navy. Yup, the t-shirt that everyone knows and loves (or hates) today started life as a piece of practical military garment. The t-shirt was issued by the Navy to the sailors during the Spanish-American War. Another wave of this happened after World War 2. The troops returning from the battlefields of Europe and in the Pacific wore their standard issues at home, which lent to its growth in popularity. Young boys, inspired by these men, soon picked up on the t-shirt and wore them more commonly.

In the 1950s, t-shirts started being printed aimed at the masses. The now-famous “ringer” style shirt was one of the notable ones, quickly becoming a uniform and image of the various rebellious groups in America. Hollywood also helped in the spread of the t-shirt, with its powerful and far-reaching cultural impact.

In modern times, the invention and innovation of various printing methods made t-shirt printing all the more vibrant, and cheaper. Soon, people were no longer content with plain clothes. Various new designs, including humorous slogans and imagery were common and become the norm.

Also, with the costs of printing at its lowest in history, custom t shirt printing was no longer considered a luxury, and something everyone could easily get their hands on. Want to see how far shirt printing has come? You are always more than welcome to have a tour around Custom Prints & Apparels website!